DMSJ is the first uncrackable product authentication tool, and we have it here at Liquor Town on all of our liquor products.

In simple terms, it a technology-based solution that allows you, the consumer, to have complete confidence in your liquor products.  You can use most modern smartphones, with the DMSJ app to explore the entire custody chain of a product from bottling to your hand.

Why Do Consumers Need DMSJ?

But that’s only half the problem.  Most fake alcohol is simply old bottles being refilled.  With DMSJ a consumer can see how many times a bottle has been scanned, and can also know who the bottle was sold to and in what city.  If you’re in a bar or a club in Shenzhen, and the DMSJ tag shows another bar or club name or another city, then you can deduce that something isn’t quite right.

No one can change the information.  It’s written into a blockchain and locked down, securely for eternity. 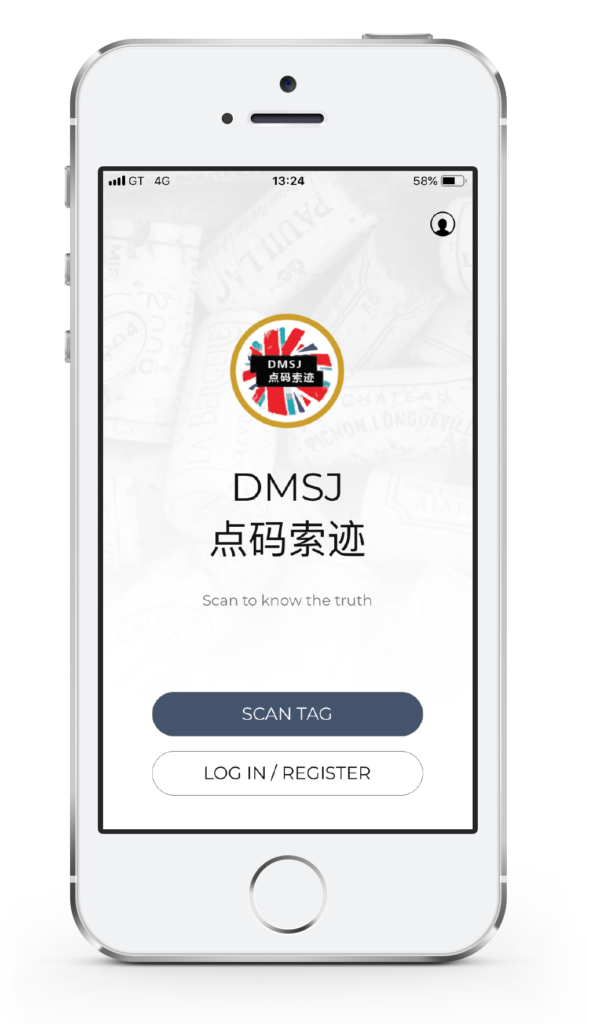 To pass off a fake bottle against our system, then it would require a mass production run on brand new chips, that understand our encryption at a chip level, understand how to fool our app into accepting them as real tags, AND would have to put a vast data injection into a multi-node blockchain that is distributed across 3 continents.

Each one of these three levels is secure in their own right – encryption at the chip level, encryption within the DMSJ app, and of course the blockchain in the hosted app.  With all three together it creates the best standard for product authentication that there is within the alcohol industry.

How Does This Affect Costs?

Anyone worried that they might be paying more for their liquor from Liquor Town for this service – you’re not.  The total cost of DMSJ adds about 1% to the costs of the liquor.  That still leaves us between 20% and 60% cheaper than the other “Foreigner Friendly” liquor retailers.

Anything Else to Know?

Starting in June we will be giving away rewards points with most of the liquor that is sold on Liquor Town.  From July, there will be rewards on all liquor products.  Earn money back by authenticating your products.

If you’re an Android user, then please click here to download the latest version of the DMSJ Consumer App.  Please uninstall the old version BEFORE you install the new version.

If you use an iPhone then the DMSJ Consumer App can be downloaded directly from the Apple App store.  You can either search for “DMSJ” or you can go direct with this link.